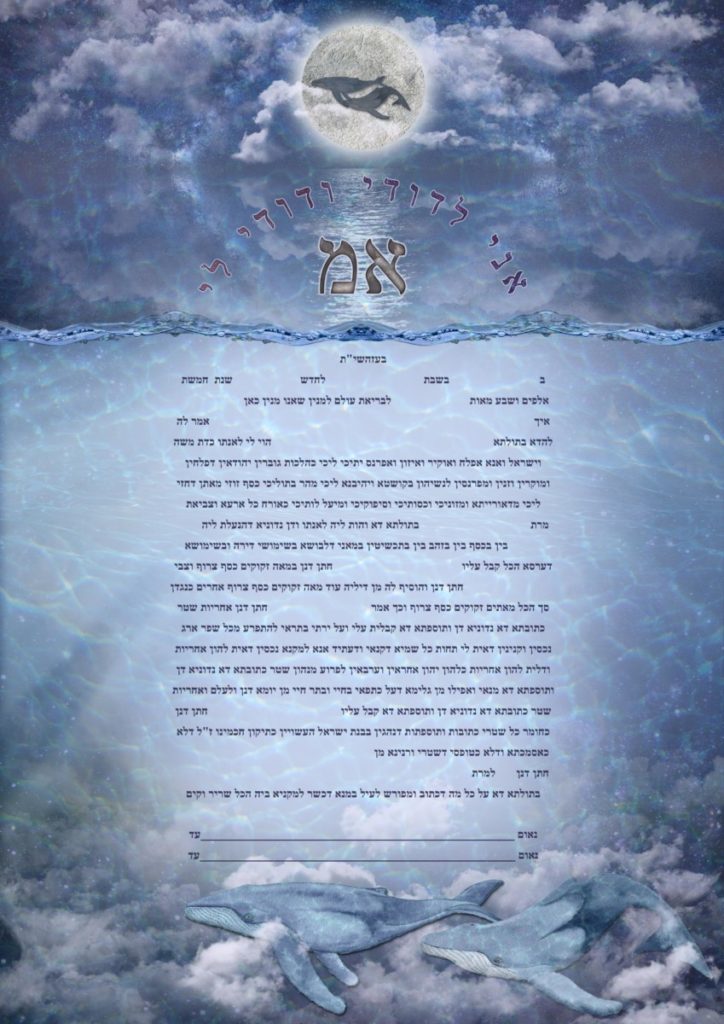 This Ketubah, entitled ‘Cosmic Serenity’ previews the glittering firmament and majestic boundlessness of the universe. Here, a sparkling skyscape of stars shine brightly in the majesty of a magical moonlight sonata during a peaceful and beautiful night veil. The heaven surrenders to the ocean and a cosmic continuity cascades from sea to sky and vice versa in a celestial harmony. 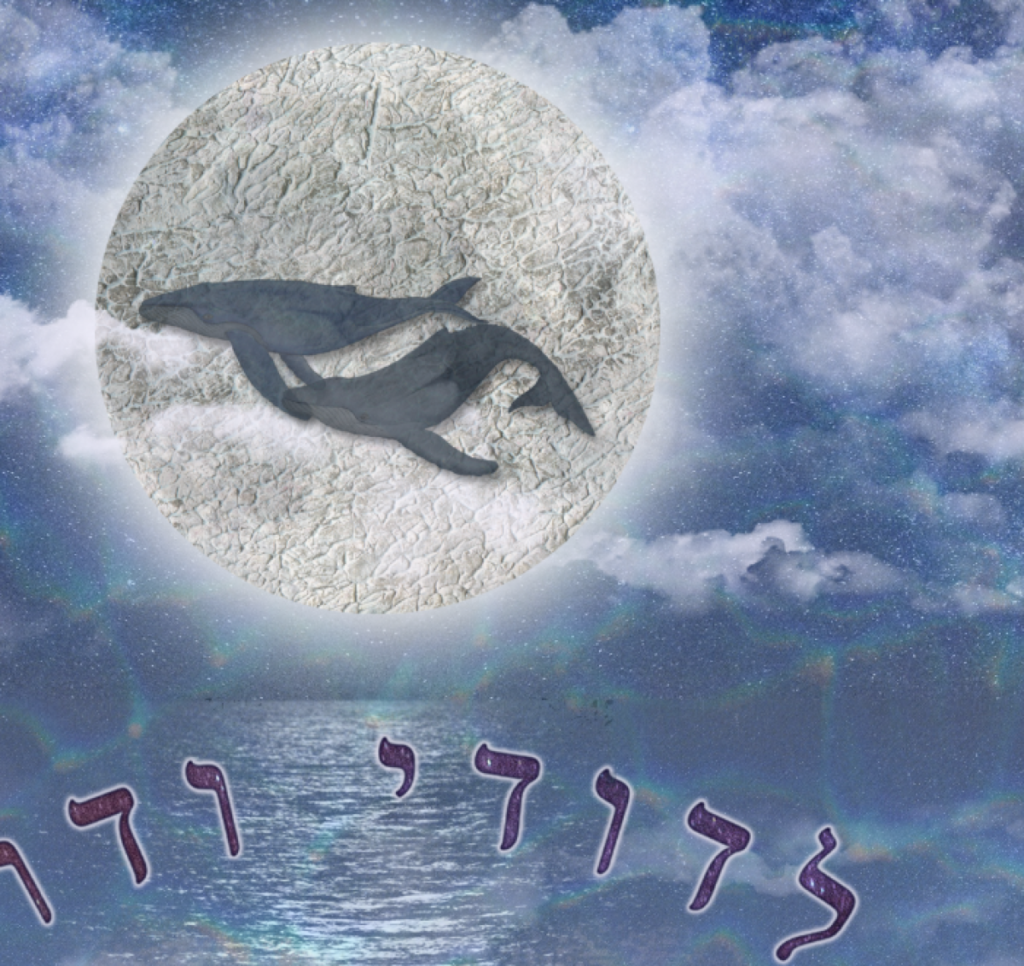 The encompassing womb of the moon centers the composition, and it is crowned in an iridescent halo of light. The moon moves the water and steers the tides with its gravitational spell on the seas. The moonlight and shrouded cloudscape that curtains its’ glow are reflected on the surface of the night sea. 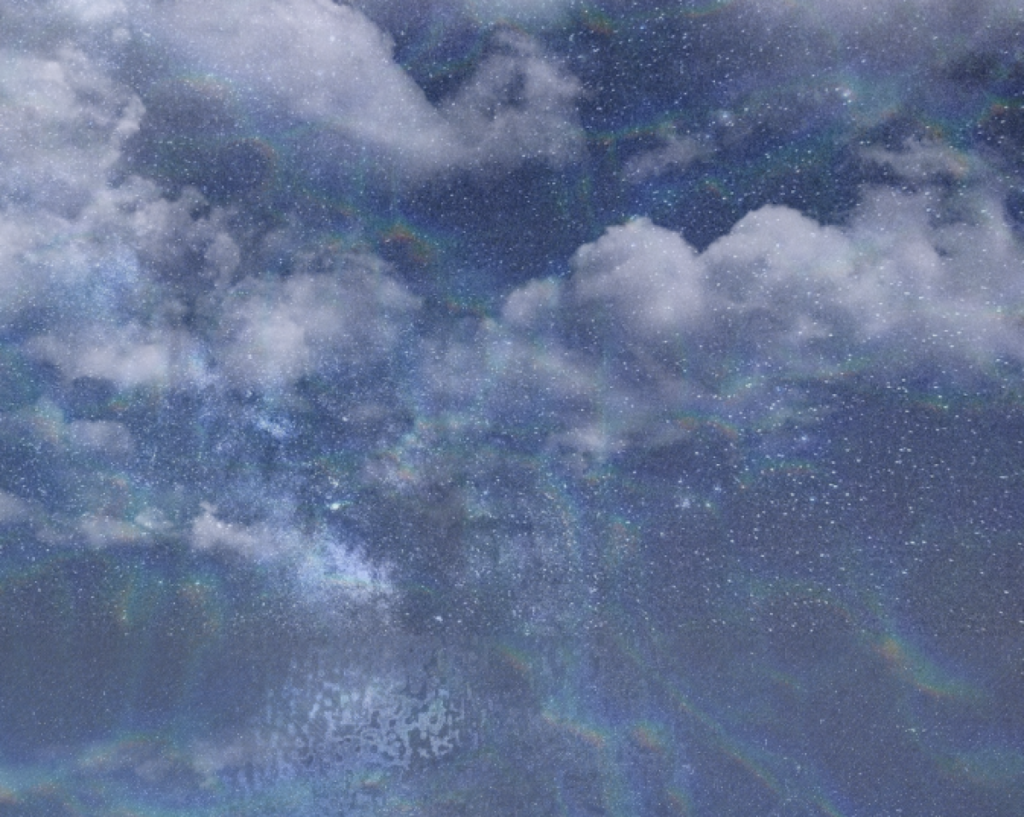 Beneath its surface, in the depths of the ocean we return to the glory and grandeur of the stars. Sky and sea sing in one symphony, opening into an expanse of cosmic kaleidoscopes. 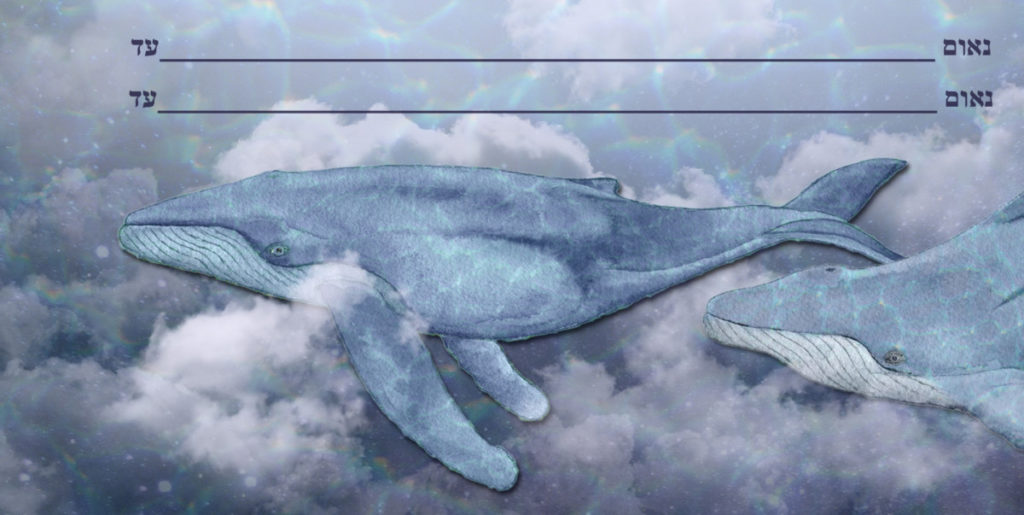 By the ocean floor whales majestically float and flow, accompanying each other’s journey analogous to the couple who together share in the passages of their converging movement and motion through life. 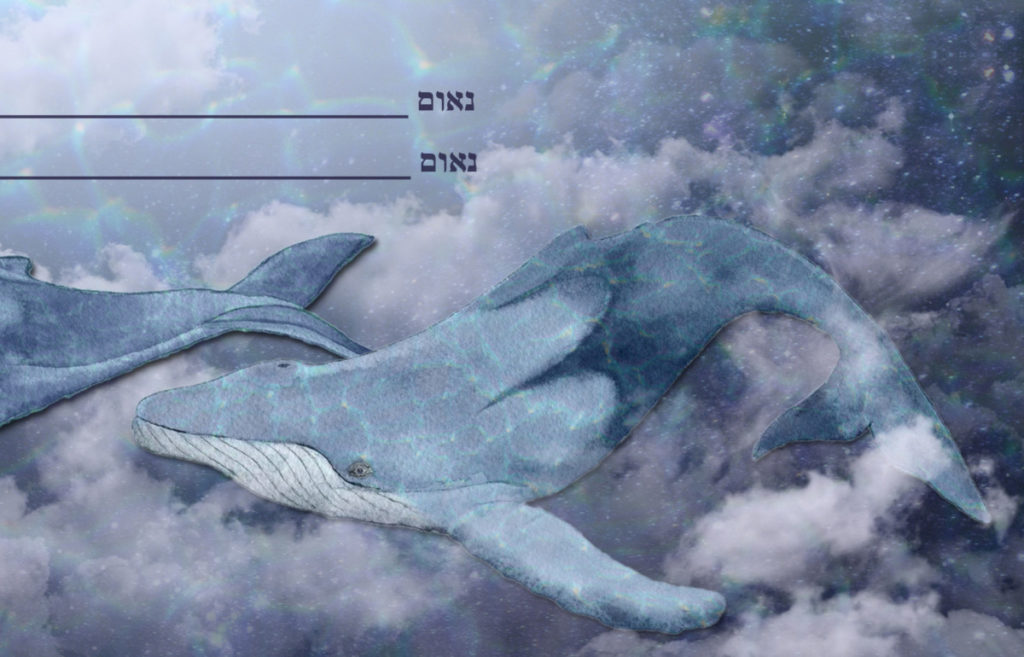 These whales are iterated in the silhouette on the face of the moon, echoing their significance as a motif in this composition and symbolising the serenity in the movement of a couple’s passage through life.

Ripples echo through the composition, and light like water iterates in waves. 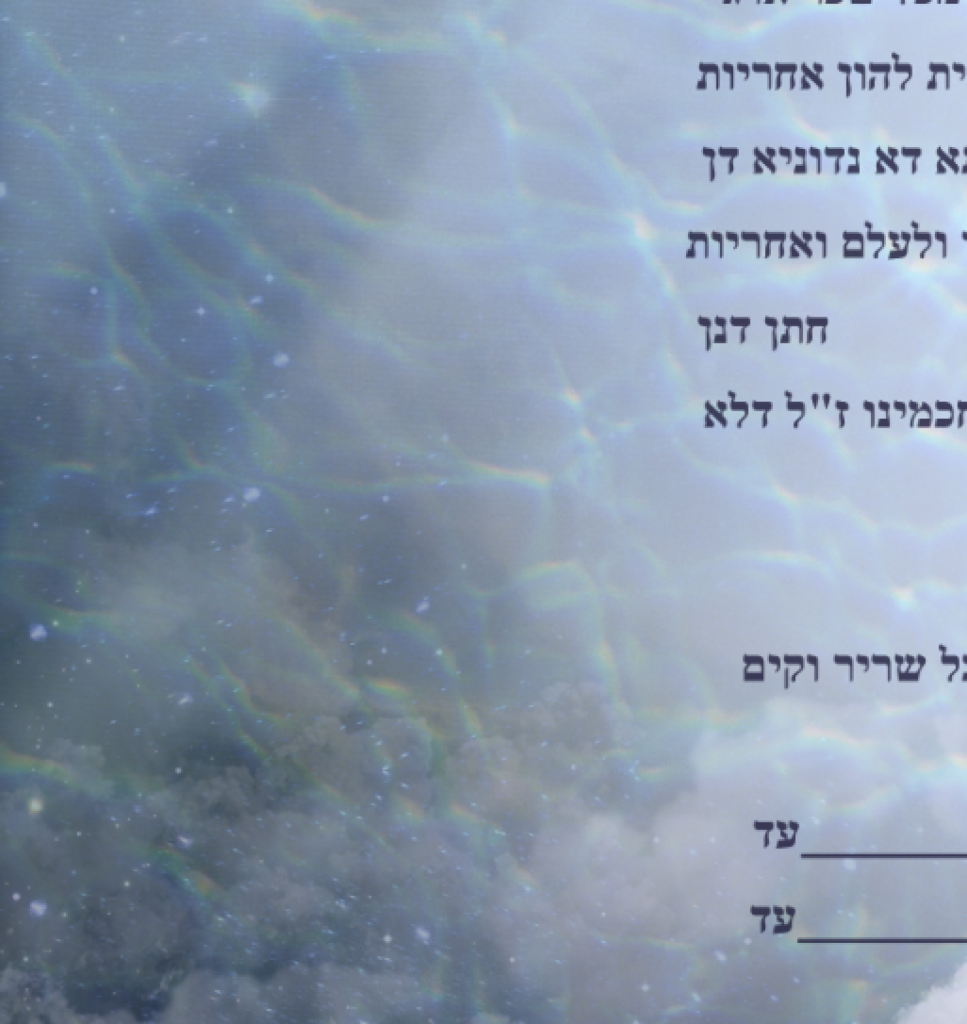 Detail of the texture of the ocean, where stars and sea swirl in a cosmic soup. 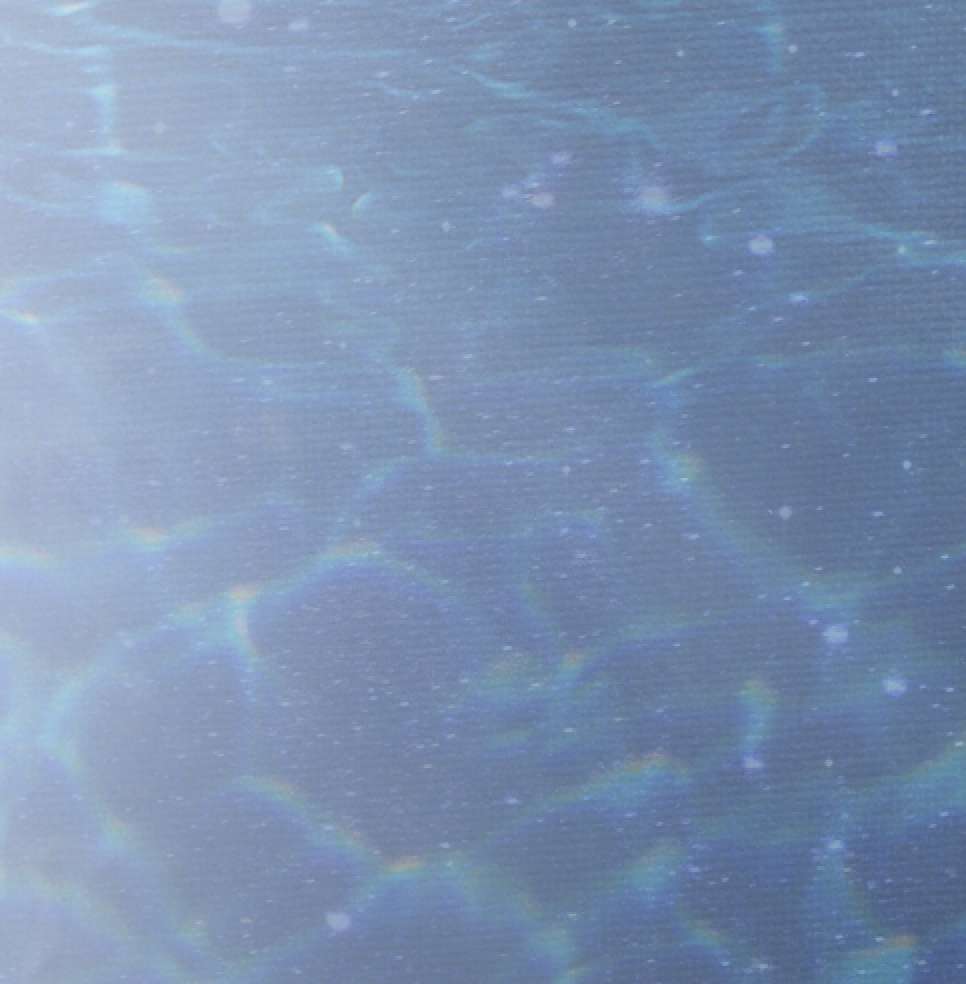 The hymn “אני לדודי ודודי לי – I am my Beloved’s and my Beloved is mine” (Song of Songs – Shir HaShirim 6:3), a romantic declaration written by King Solomon to express the affinity between husband and wife, wraps around the doom to accentuate its circularity. This psalm evokes the intrinsic commitment, care and responsibility mutually undertaken by husband and wife in their journey through life’s waters and skies. 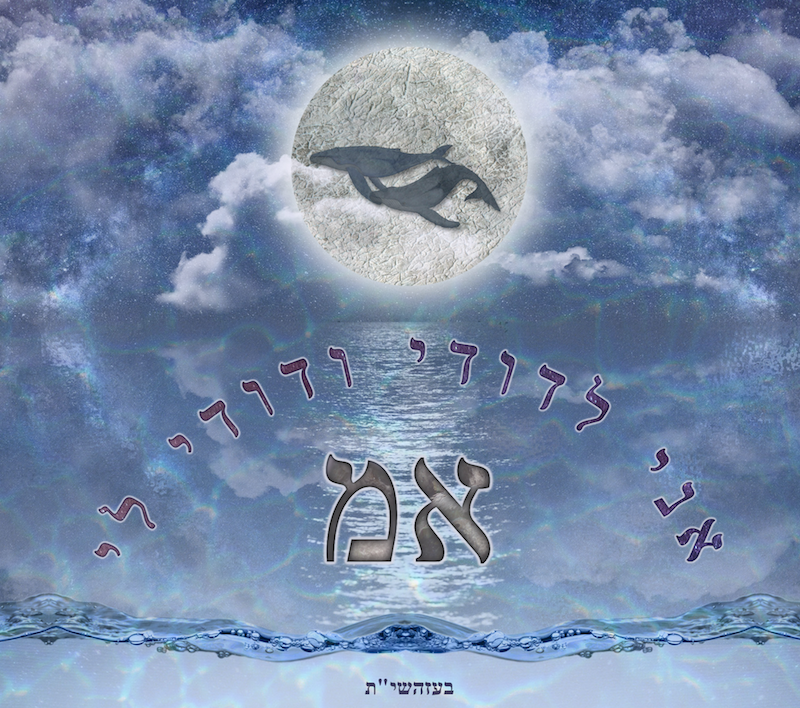