Prayer for the Welfare of the State of Israel

This piece was commissioned to mark the occasion of a Batmitzvah, and was gifted from the family in honour of the memory of the Grandparents who have passed away. 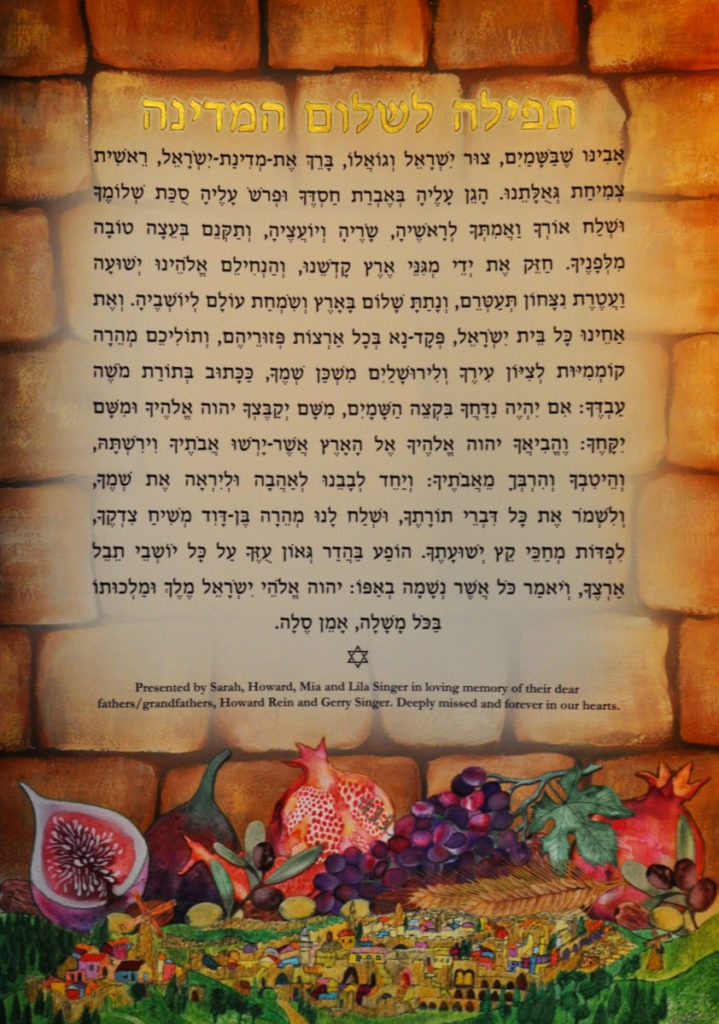 The colour palette of this piece was intended to harmoniously complement the warm timbers of the interior of the Shule. 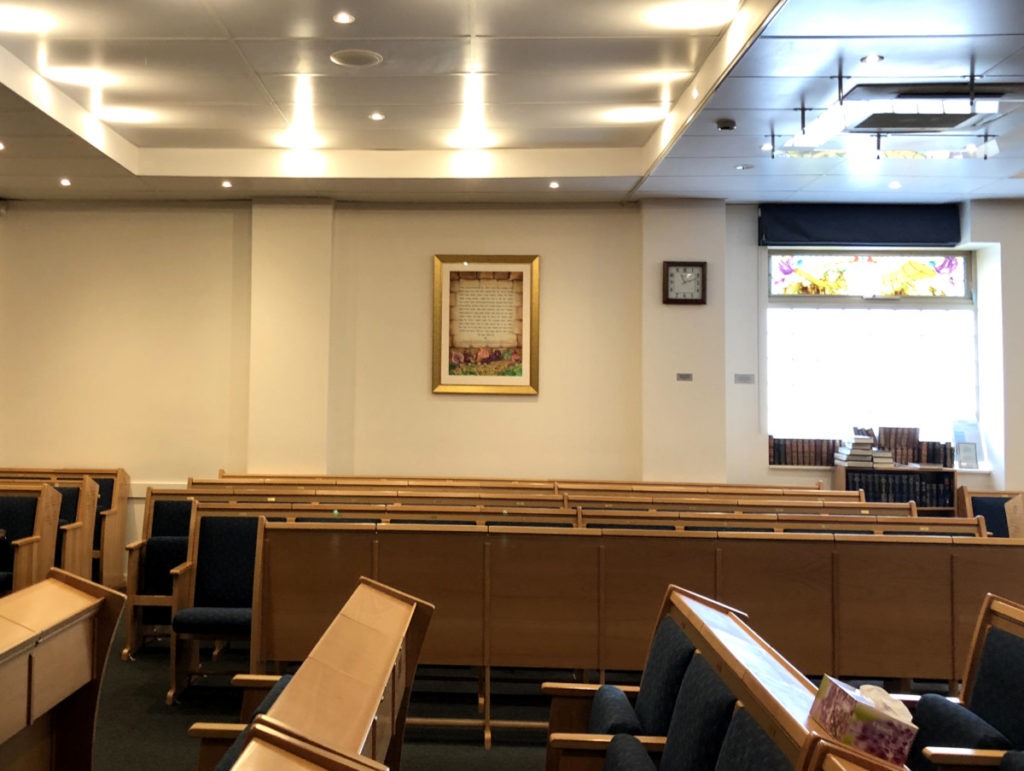 The Prayer for the Welfare of the State of Israel is a prayer recited during Festivals, Chaggim and Shabbat. This blessing requests welfare, prosperity and divine providence for both the Promised land of Eretz Yisrael, its leadership, defenders and inhabitants.

In turn, this Prayer harvests symbolism that holds deep significance, drawing upon the fertile iconography of Israel’s imagery vocabulary. 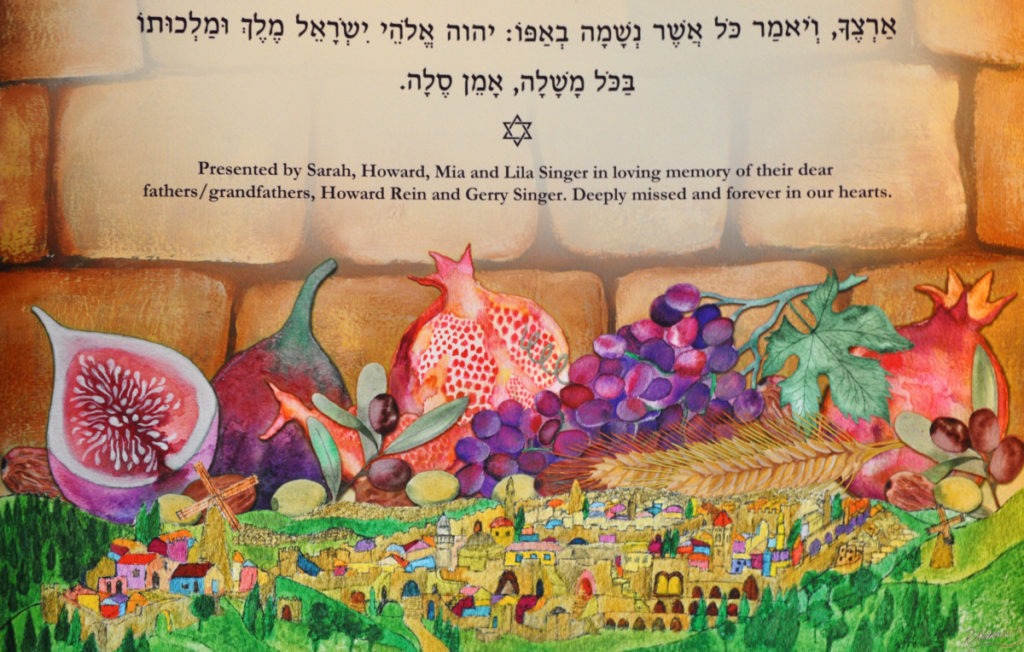 In the foreground, beneath the text resides a water colour still life composition featuring the 7 species of Israel (figs, dates, pomegranates, grapes, olives, wheat, barley), together with a Judean landscape crowning the old city of Jerusalem – the eternal city. 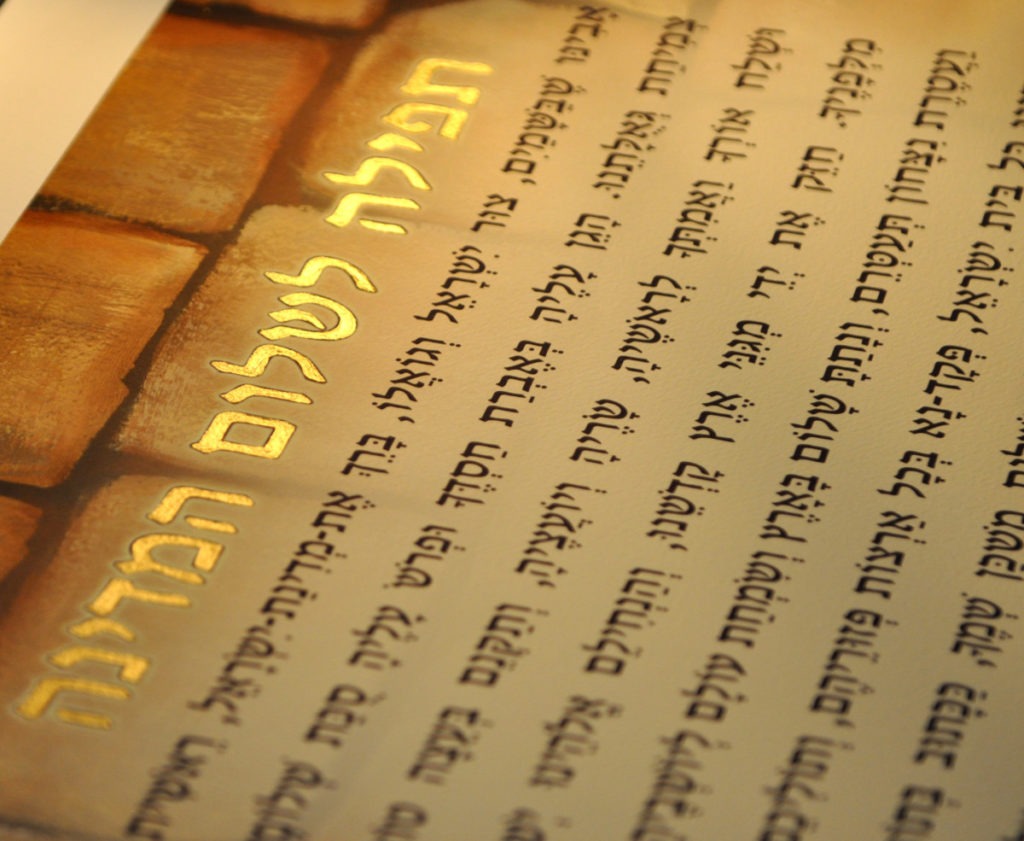 The presence of Jerusalem here recognizes its monumentality to the Jewish faith and history of the Jewish people, a notion heralded in Psalm 137:5 “If I forget you, O Jerusalem, let my right hand forget its skill!”. 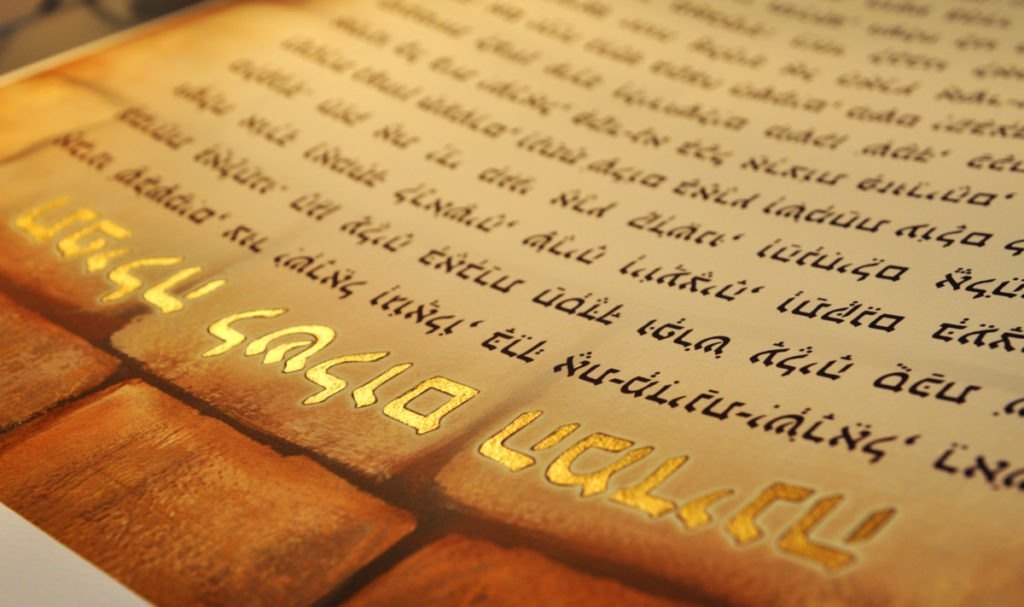 The background of the Kotel, the only vestige of the holy temple and in turn the most sacred and holy site (currently accessible) in the Jewish world sits behind the art work as another echo of Jerusalem.

The Prayer titled is rendered in metallic gold which glistens like Jerusalem stone in the sunset. 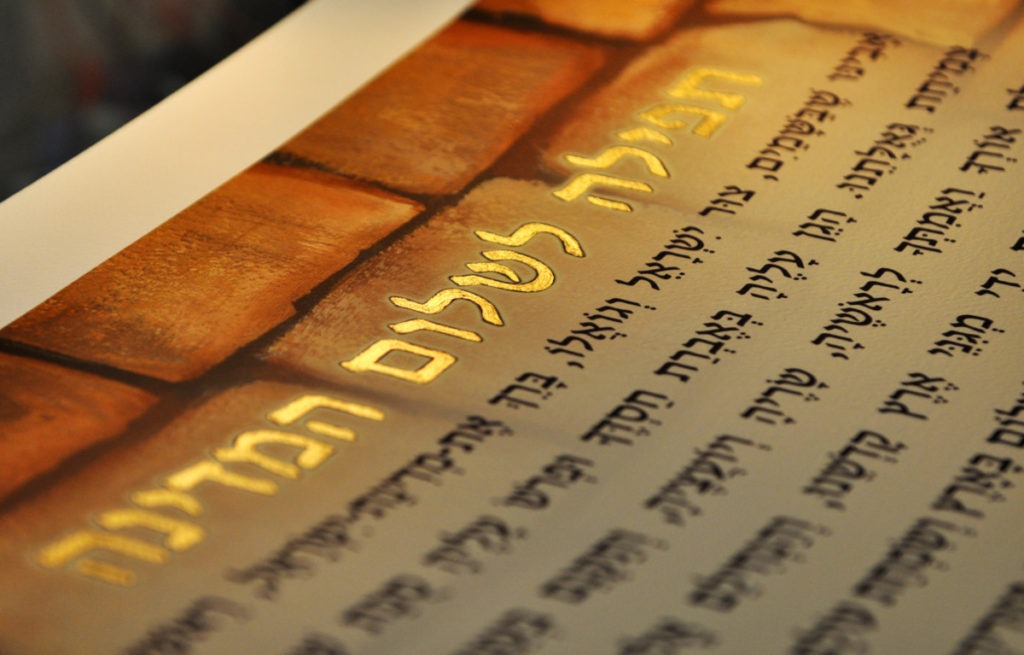